The 130th China Import and Export Fair (Canton Fair) officially opened in Guangzhou on October 15TH, welcoming buyers from all over the world. This is the largest offline exhibition that was first resumed in the world under the impact of COVID-19. It reflects China's latest achievements in coordinating epidemic prevention and control with economic and social development, and demonstrates China's firm belief in taking the initiative to open wider to the outside world. 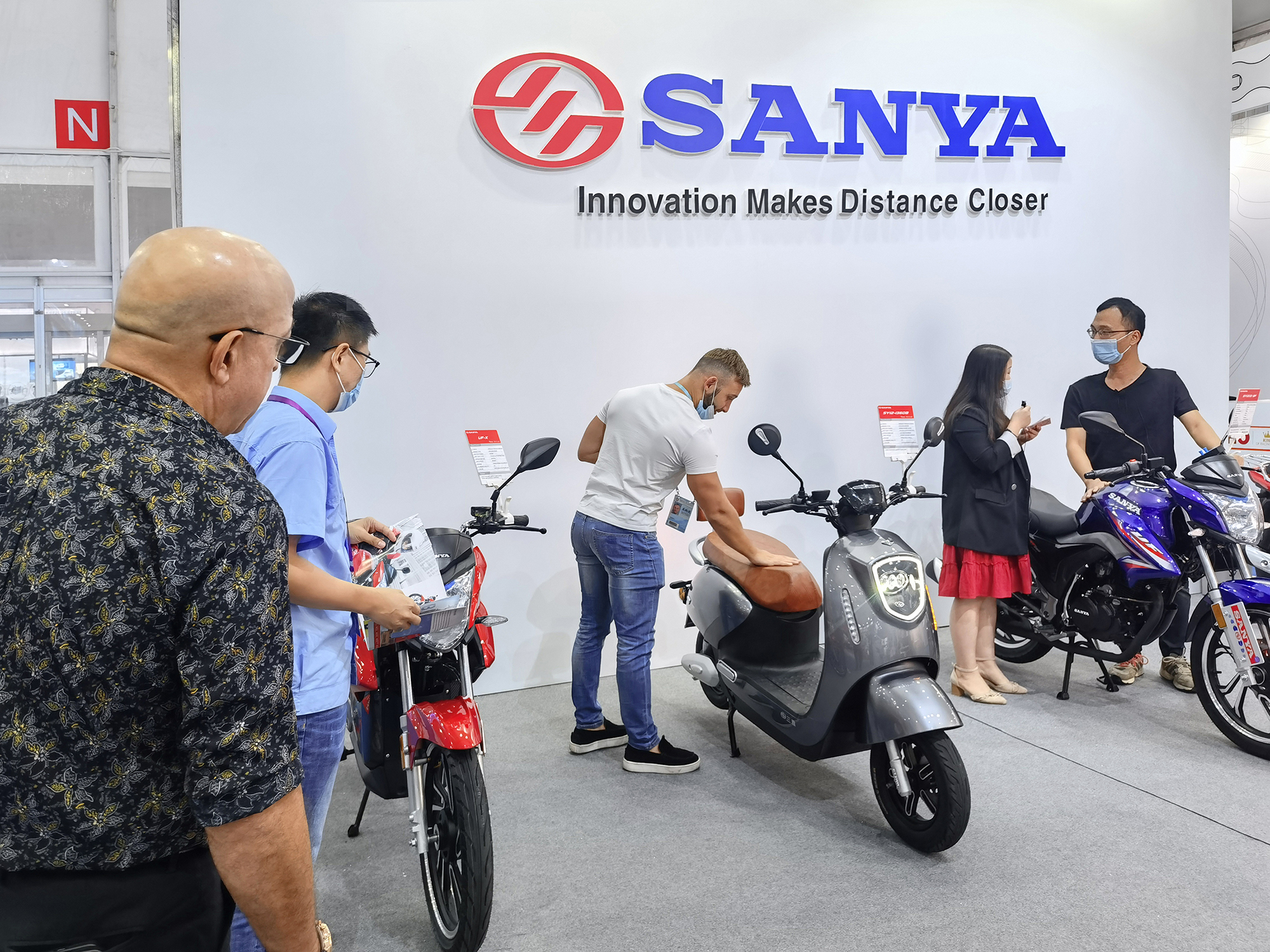 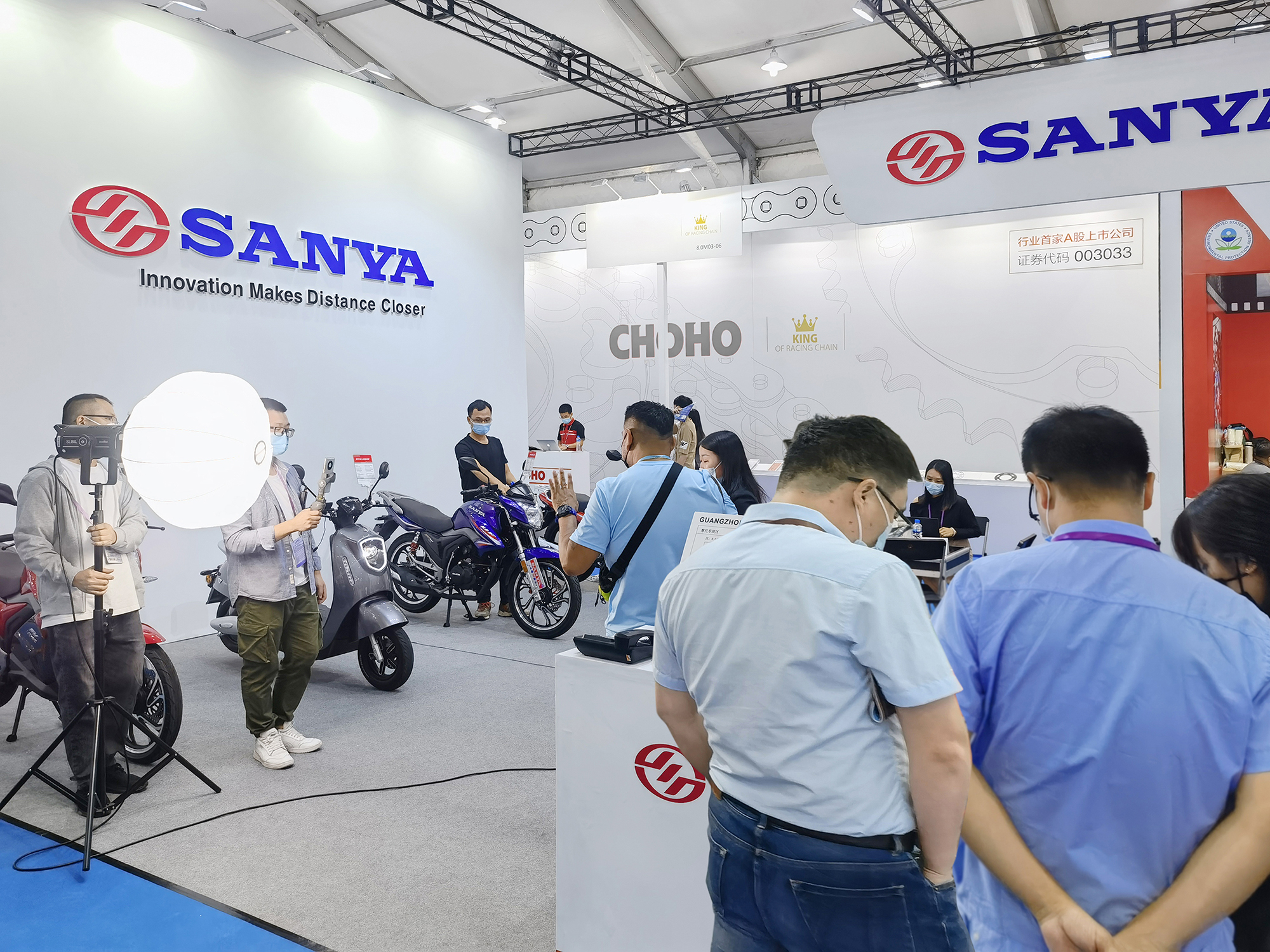 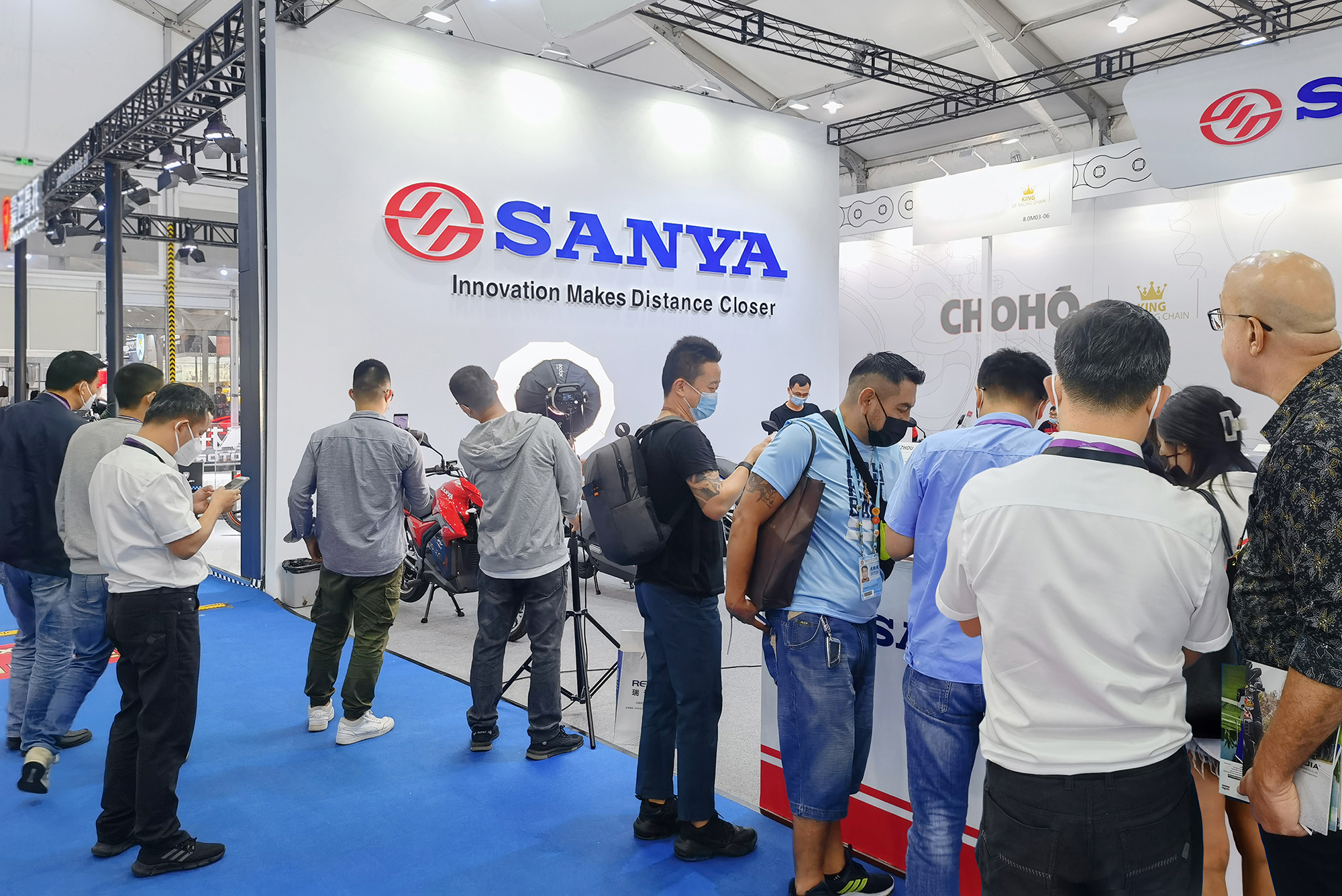 SANYA displayed eight hot-selling products at the fair, including 6 kinds of motorcycles and two electric motorcycles. 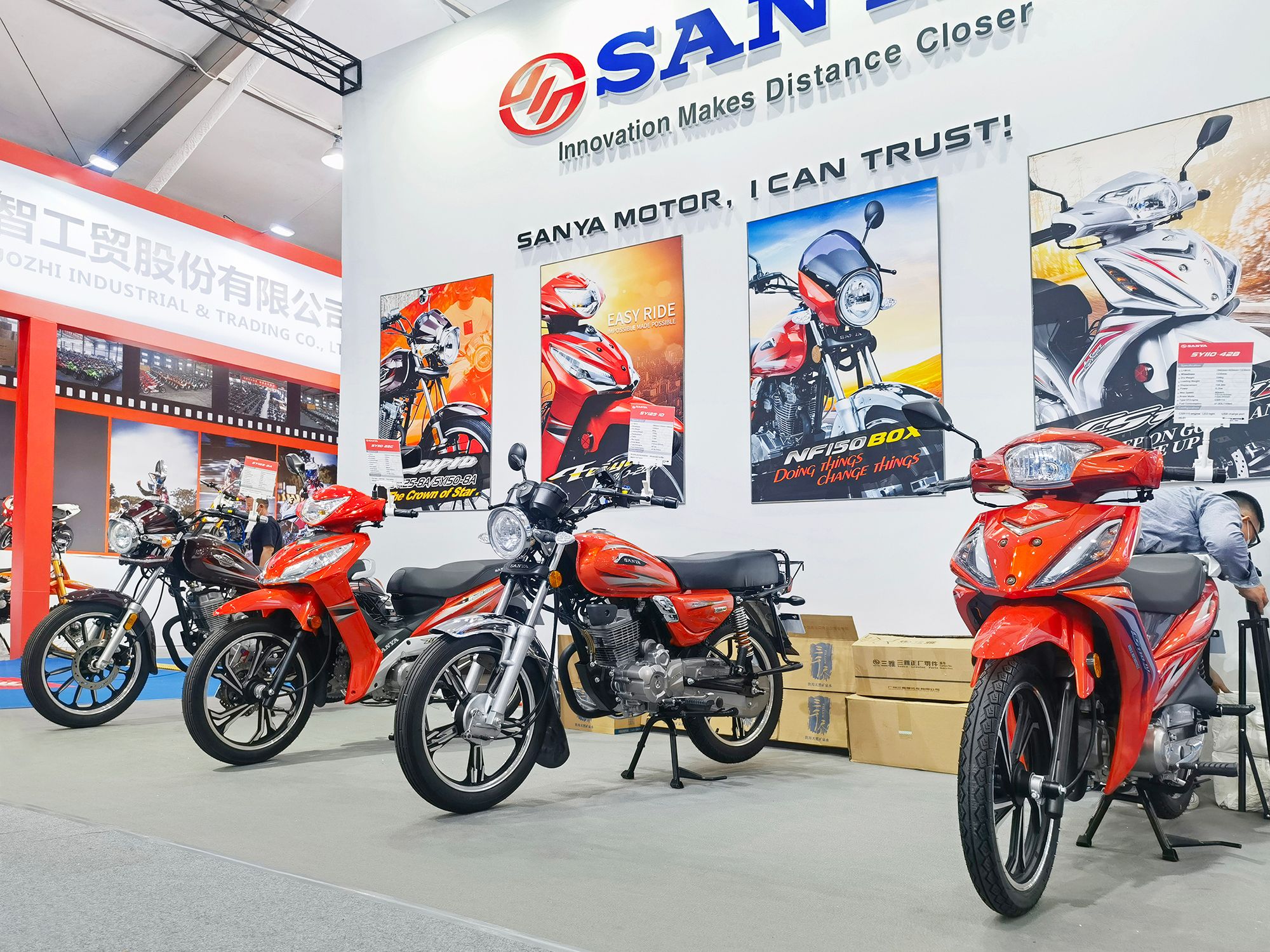 Launched in November 2019, the CS110 IV (above the first picture on the right), which has a seamless look and showing high quality in every detail. New mold open and design are 54 parts, it’s higher than the national standard of 97 quality testing, shows the Sanya focus on quality.

NF125BOX (above the second pictures on the right), as a independently developed model by Sanya, which has been upgraded more than 30 details in five major systems. The double rear shock absorption system can better alleviate the turbulence caused by poor road conditions. Since launching in 2018, it has been well famous by users around the world.

SUPRA SY125-8A (above the fourth picture on the right) has been officially launched in April 2021, with an outdoor road test over 20,000km, and with SPC smart core engine which independently developed by Sanya,  it can reduce overall fuel consumption by 8% and improve power by 15%. It has been popular with Sanya customers in main market, win good feedback from customers. 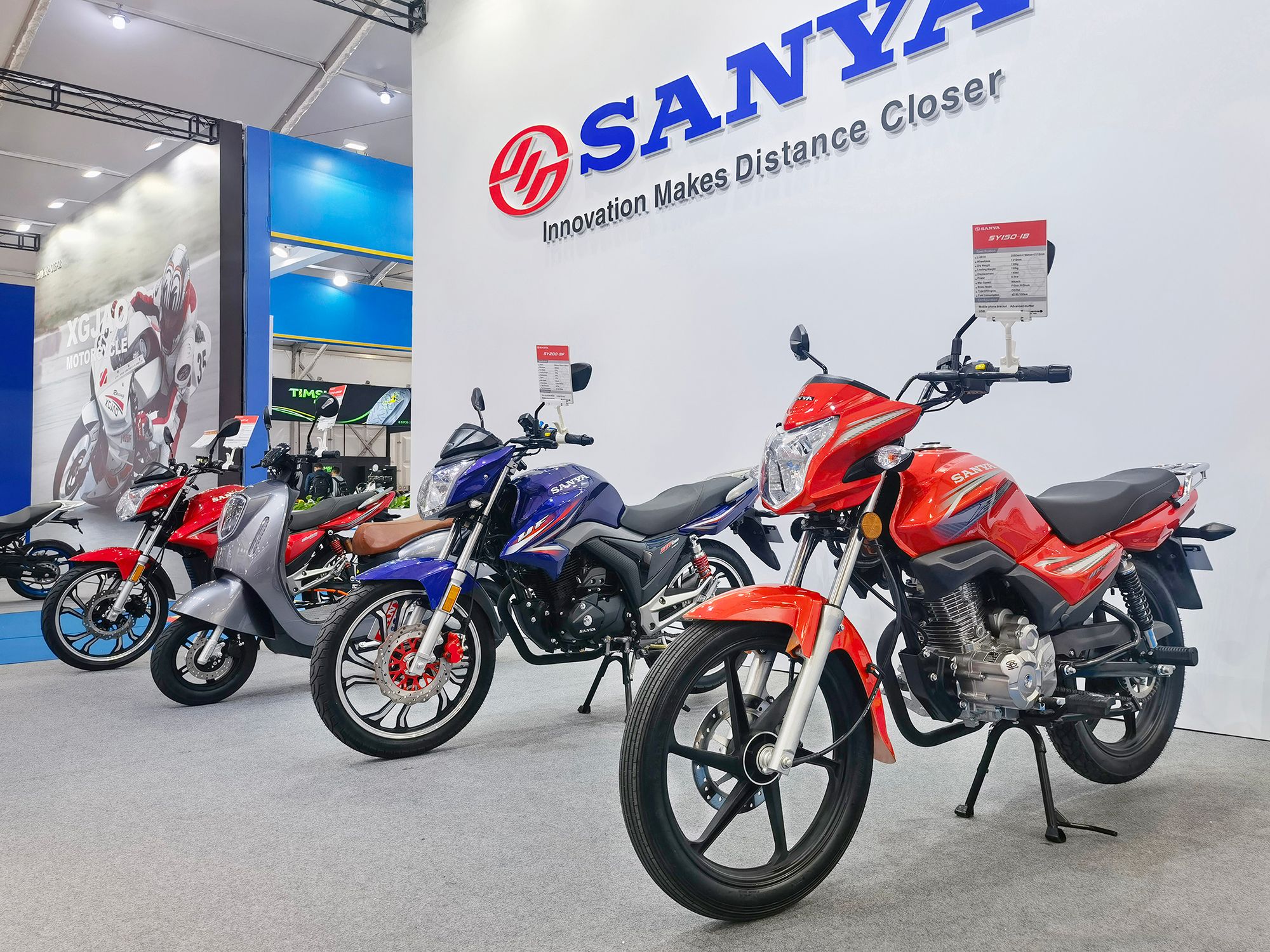 I3 SY1200-2A (above the third picture on the right) is equipped with high-quality and strong power motor and controller.  Independent R & D LED headlights let you become the most beautiful guys on the road.

UF-X (above the fourth picture on the right) is Sanya's flagship high-speed street running electric motorcycle. With super power, it brings delightful riding experience and igniting the power of youth.

Guangzhou SANYA motorcycle co., LTD. (SANYA) has a reputation for fine workmanship, adhere to create a world-class enterprise as a goal, with the stage of the Canton fair, SANYA break the boundaries of time and space, through the epidemic outbreak, integrated into the "dual circulation", multi-channels to explore domestic and overseas markets, provide high quality motorcycles and electric motorcycles to global customers, embrace the new era of economy and trade. 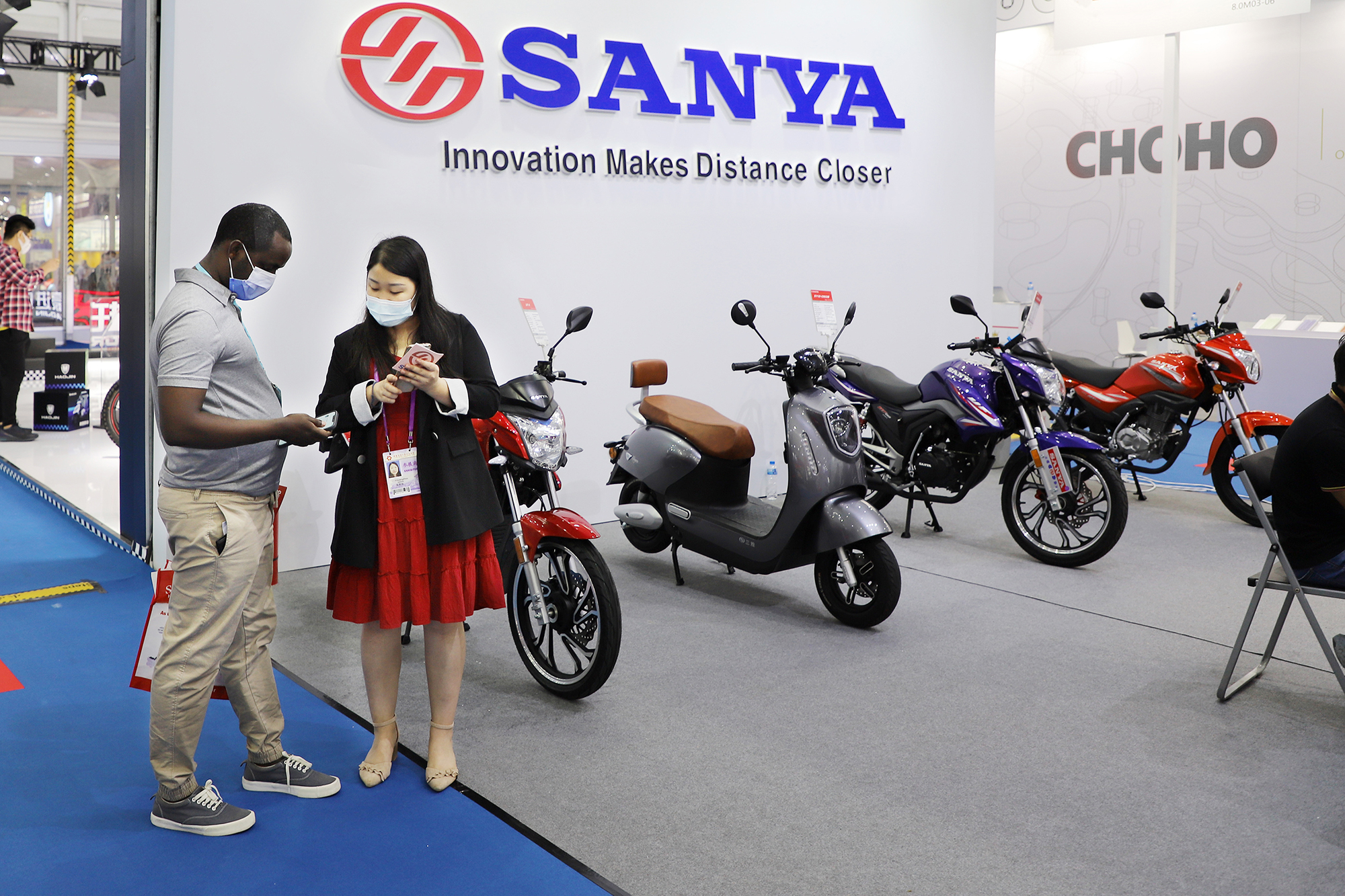 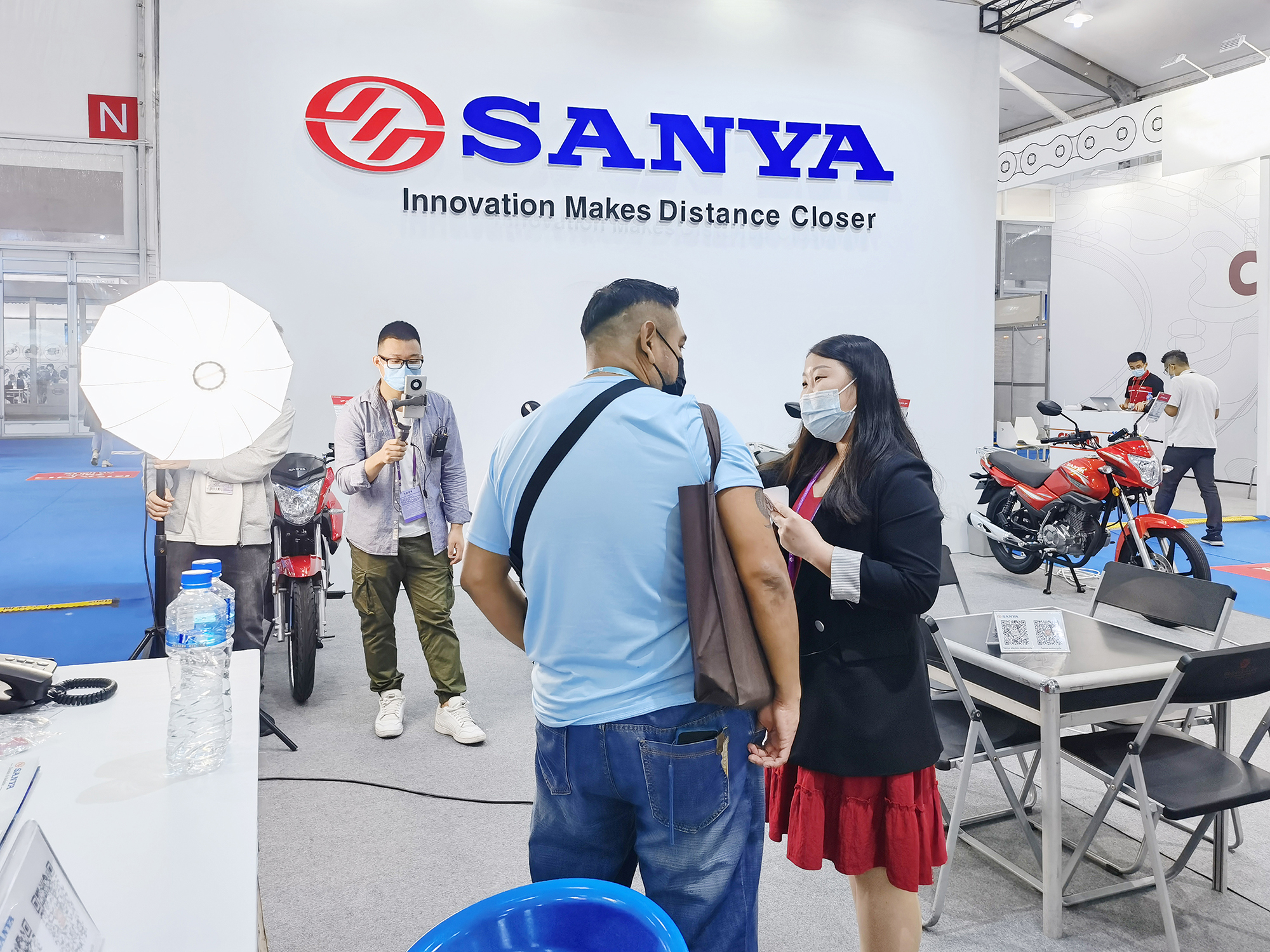 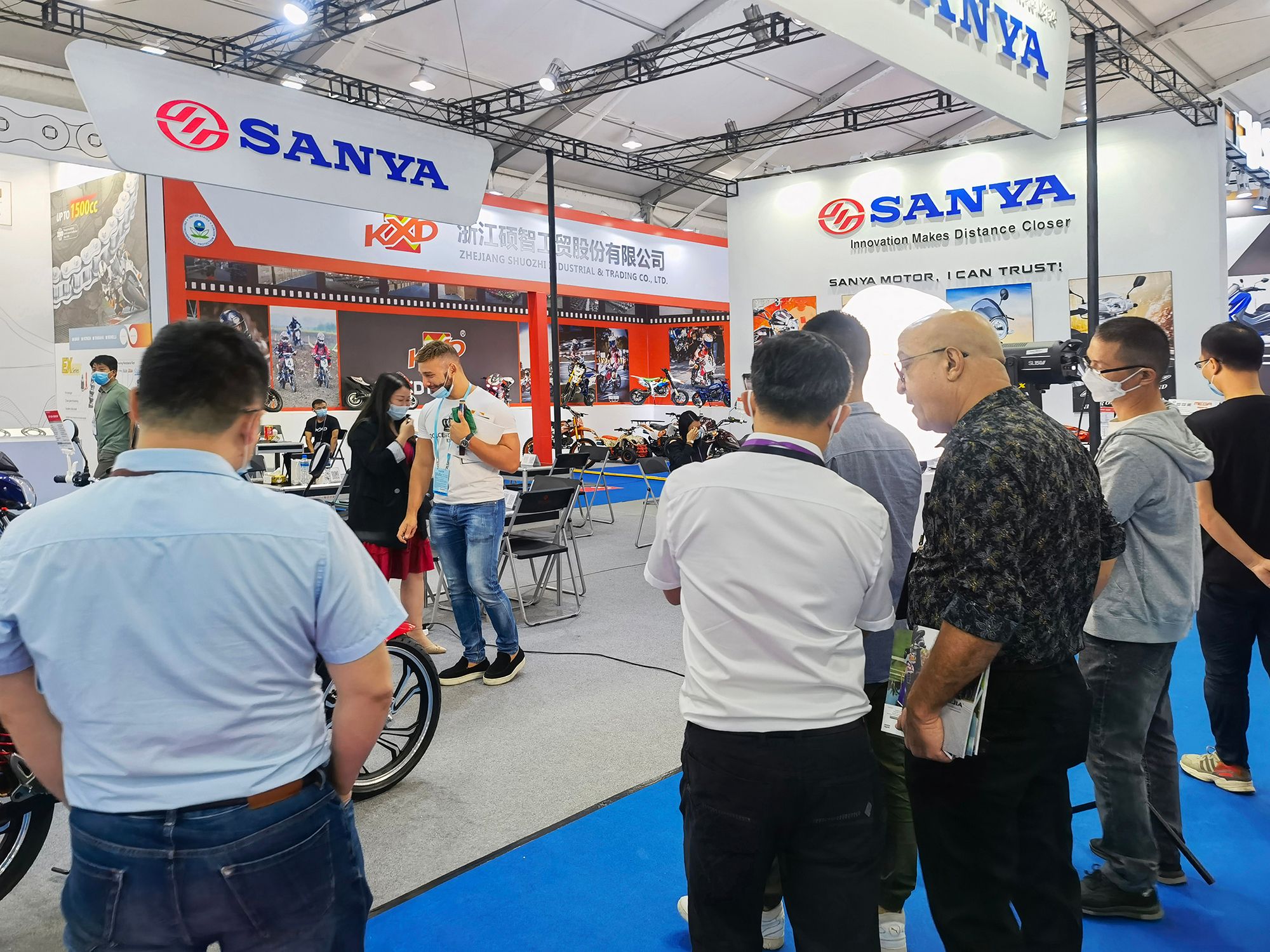